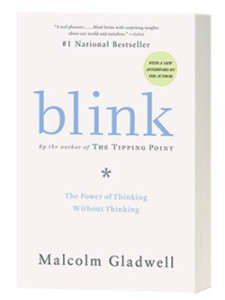 Tomkins was the teacher. He was born in Philadelphia, at the turn of the last century, the son of a dentist from Russia. He was short, and thick around the middle, with a wild mane of white hair and huge black plastic-rimmed glasses. He taught psychology at Princeton and Rutgers, and was the author of “Affect, Imagery, Consciousness,” a four-volume work so dense that its readers were evenly divided between those who understood it and thought it was brilliant and those who did not understand it and thought it was brilliant.

He was a legendary talker. At the end of a cocktail party, a crowd of people would sit, rapt, at Tomkins’s feet, and someone would say, “One more question!” and they would all sit there for another hour and a half, as Tomkins held forth on, say, comic books, a television sitcom, the biology of emotion, his problem with Kant, and his enthusiasm for the latest fad diets, all enfolded into one extended riff.

During the Depression, in the midst of his doctoral studies at Harvard, he worked as a handicapper for a horse-racing syndicate, and was so successful that he lived lavishly on Manhattan’s Upper East Side. At the track, where he sat in the stands for hours, staring at the horses through binoculars, he was known as the Professor. “He had a system for predicting how a horse would do based on what horse was on either side of him, based on their emotional relationship,” Ekman remembers. If a male horse, for instance, had lost to a mare in his first or second year, he would be ruined if he went to the gate with a mare next to him in the lineup. (Or something like that– no one really knew for certain.) Tomkins believed that faces–even the faces of horses–held valuable clues to our inner emotions and motivations.

He could walk into a post office, it was said, go over to the “Wanted” posters, and, just by looking at mug shots, tell you what crimes the various fugitives had committed. “He would watch the show ‘To Tell the Truth,’ and without fault he could always pick the person who was lying and who his confederates were,” his son, Mark, recalls. He actually wrote the producer at one point to say it was too easy, and the man invited him to come to New York, go backstage, and show his stuff.” Virginia Demos, who teaches psychology at Harvard, recalls having long conversations with Tomkins. “We would sit and talk on the phone, and he would turn the sound down while Jesse Jackson was talking to Michael Dukakis, at the Democratic National Convention. And he would read the faces and give his predictions on what would happen. It was profound.”

Paul Ekman first encountered Tomkins in the early 1960′s. Ekman was then a young psychologist, just out of graduate school, and he was interested in studying faces. Was there a common set of rules, he wondered, that governed the facial expressions that human beings made? Silvan Tomkins said that there were. But most psychologists said that there weren’t. The conventional wisdom of the time held that expressions were culturally determined–that we simply used our faces according to a set of learned social conventions. Ekman didn’t know who to believe. So he traveled to Japan, Brazil, and Argentina–and to remote tribes in the jungles of the Far East–carrying photographs of men and women making a variety of distinctive faces. To his amazement, everywhere he went people agreed on what those expressions meant. Tomkins was right.

Not long afterwards, Tomkins came to visit Ekman at his laboratory in San Francisco. Ekman had just tracked down a hundred thousand feet of film that had been shot by the virologist Carleton Gajdusek in the remote jungles of Papua New Guinea. Some of the footage was of a tribe called the South Fore, who were a peaceful and friendly people. The rest was of the Kukukuku, who were hostile and murderous and who had a homosexual ritual where pre-adolescent boys were required to serve as courtesans for the male elders of the tribe.

For six months, Ekman and his collaborator, Wallace Friesen, had been sorting through the footage, cutting extraneous scenes, focusing just on close-ups of the faces of the tribesmen, in order to compare the facial expressions of the two groups. Ekman set up the camera. Tomkins sat in the back. He had been told nothing about the tribes involved; all identifying context had been edited out. Tomkins looked on intently, peering through his glasses. At the end, he went up to the screen and pointed to the faces of the South Fore. “These are a sweet, gentle people, very indulgent, very peaceful,” he said. Then he pointed to the faces of the Kukukuku. “This other group is violent, and there is lots of evidence to suggest homosexuality.”

Even today, a third of a century later, Ekman cannot get over what Tomkins did. “My God! I vividly remember saying, “Silvan, how on earth are you doing that?” Ekman recalls. “And he went up to the screen and, while we played the film backward, in slow motion, he pointed out the particular bulges and wrinkles in the face that he was using to make his judgment. That’s when I realized, ‘I’ve got to unpack the face.’ It was a gold mine of information that everyone had ignored. This guy could see it, and if he could see it, maybe everyone else could, too.”