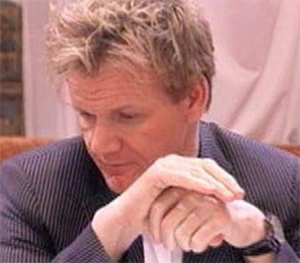 One of Tomkins’ most surprising and important contributions is his theory of shame—what it is, how it works, and why we have it. It is an understanding of shame that is is so radically different from our everyday use of the word that it is a challenge to even use the word “shame” to represent this concept. Tomkins grappled with the issue of what to call the phenomenon of the shame affect, and he offered as an analogy the word “salt.” He commented, “A word in ordinary language may or may not confer the precision necessary for a scientific language.“

In common parlance when we use the word “salt,” we usually think of what we sprinkle on our baked potato. But salt can also refer to what goes on roads, the taste of skin after it sweats, or the rings on the floor where your bathing suit dripped after you went for a swim in the ocean. Many different elements can form salts. Scientists refer to table salt more specifically as sodium chloride or NaCl, bringing to mind certain chemical properties. Just as “salt” connotes a type of “saltiness” in what it refers to, “shame” 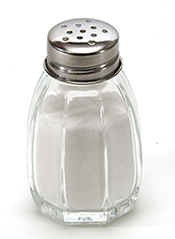 connotes a certain flavor of affective experience that appears in an almost infinite variety of circumstances and intensities. That means that even though we may think of the emotion of shame as something deep, searing, hidden and excruciating, the affective experience of shame need not be so intense, and can have many “flavors.” It is so common that you might experience shame affect in a mild form several times before you leave your house in the morning. Shame affect serves a very important role in our lives.

Shame: Tapping the Brake for Excitement and Joy

For Tomkins, shame occurs when positive affect is incompletely reduced. In other words, shame happens just when you are feeling good—say excited or joyful—and something gets in the way of your good feeling, but doesn’t stop you from wanting to continue with that good feeling. It could be any manner of obstacle:  the call gets dropped; you shoot but you don’t score; a self-critical thought pops into your head; you say “Hi” to someone but they don’t recognize you; you’re excited and your family member does not share your enthusiasm—essentially anything where there is a positive affect in play and something rains on your parade. Shame happens when good feeling gets reduced but not stopped completely.

This is a very different way to think of shame than you may have thought in the past. And you might balk at using such a loaded word as “shame” for the feeling of being taken aback when someone does not respond to your greeting. It might seem too overblown a word for such trivial experiences. But, according to Tomkins, these everyday scenarios trigger the affect of shame. Just as the little sprinkle of salt on your summer cucumber is the same substance that salinates the ocean, these little experiences of impeded good feeling are the same affect that makes up a toxic shame syndrome.

As we go through childhood, those experiences of impediment to positive affect take on various names and are linked with other affects as well. For example, guilt at something we have done may also involve fear of reprisal or self-disgust or self-dissmell. Other shame-related experiences include rejection, shyness, failure, sexual impotence, discouragement, even awe.

The Purpose of Shame

Shame helps us define the boundaries of our positive pursuits. Otherwise, what are the limits of excitement, of joy? These positive affects are so rewarding that one could ask why we don’t pursue them always and all the time? This is where shame comes in. As organisms, we need to learn when to stop and why. Shame has a negative valence, so that it can compete for your attention while you are in the midst of pursuing a rewarding experience. Shame brings the interruption to our attention so we recognize the problem and deal with it. And because of shame’s role as an auxiliary of positive affects, it shows up pretty much wherever positive affects show up; it is ubiquitous and inevitable.

The experience of shame is inevitable for any human being insofar as desire outruns fulfillment. The essential condition for the activation of shame is “I want, but . . . ” (Exploring Affect p.406)

Shame is not an affect in itself, but rather an affect auxiliary. This is a little like saying that if affects are verbs then an affect auxiliary is an adverb. Shame modifies the positive affects, interest and enjoyment. While excitement, joy, fear, anger, distress and startle are affects with their own conditions for innate activation based on patterns of neural activity, shame’s activator is the incomplete reduction of excitement or joy. Tomkins stresses that the incomplete attenuation of positive affect is the critical aspect of what makes shame what it is.

In shame the individual wishes to resume his or her commerce with the exciting state of affairs, to reconnect with the other, to recapture the relationship that existed before the situation turned problematic. In this respect shame is radically different from disgust and dissmell. In disgust, the bad is spit out. In dissmell, the bad is kept at a distance. (Exploring Affect p. 400)

This is a critical distinction when considering self-evaluation, wherein shame is a much more desirable experience than self-disgust or self-dissmell or contempt..

To the extent to which I maintain interest in myself or enjoy myself, I can be ashamed of myself. If, however, I reject myself completely, then I may respond with contempt and disgust for myself.

Shame and the Face

The facial expression of shame is the impulse to hide the face.

Shame can be understood to be “face-consciousness” and in this respect shame’s connection with self-consciousness is made evident. Tomkins wrote that unlike all the other affects, shame calls attention to the self, and in doing so plays a central role in our motivational system.

Why are shame and pride such central motives? How can loss of face be more intolerable than loss of life? How can hanging the head in shame so mortify the spirit? In contrast to all other affects, shame is an experience of the self by the self. At that moment when the self feels shame, it is felt as a sickness within the self. Shame is the most reflexive of affects in that the distinction between the subject and object of shame is lost. Why is shame so close to the experienced self? It is because the self lives in the face.

A dog is chasing a rabbit. If she is gaining on the prey, the level of scent is rising, increasing her interest-excitement. This spurs her to further effort, increasing the likelihood that she will catch herself a snack. If she is losing ground, the scent becomes gradually fainter, impeding her positive affect. Eventually she loses interest and turns away to other activities. If she were a wolf and hunting was her only source of food, continuing to chase prey that she cannot catch would not be very adaptive behavior. Shame has survival value.

A baby is trying to put a square peg in a round hole on a toy. After repeated failures, he slumps, turns away, and tries a different toy.

A four-year-old is drawing pictures. He runs to his father, excitedly shouting, “Daddy, Daddy, look at the horsie I drew!” It is just before supper and Daddy is busy with his newspaper. He grumbles, “I’ll look at it later.” The child turns away, feeling deflated and rejected.

My partner and I are enjoying some sexual intimacy. He’s interested, I’m interested . . . I’m excited, he’s excited, and so it builds. Then for just a moment he gets distracted by something—maybe it’s a thought about work—and a brief look of distress and anger flashes over his face. Since I am resonating with his affects, when I see his face change from positive to negative, even if only briefly, it impedes my positive affect and puts the brakes on my good experience. Now I feel a flash of shame, and because the prior positive affects were so intense, the jolt of shame is quite intense. How I respond depends on the scripts that have developed from my life experience. I might shut down and pull back, assuming that there is something wrong with me. I might get angry and accuse him of not really wanting me, or worse, not really loving me. Either response is likely to interfere with his positive experience and trigger a similar shame response in him. What ensues might be the deathly cold silence of two hurt people lying stiffly, not touching, in bed. Or a vicious shouting match, replete with snarls, tears and slammed doors. However, if my scripts include an awareness of what triggers shame, I might be able to modulate my response to it, asking him about what is going on in a loving tone. Since I haven’t doubled down on the shame in the moment, he might respond with renewed interest in our prior activities (yes!!), or ask for support for something that is troubling him. Either way, the script that governs my response will determine the degree of happiness we have tonight.