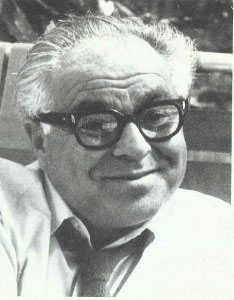 And the reason we don’t know it is because experience is necessarily filtered through what we would today call our information networks, our particular sensory organs. And so what we perceive and what we conceive is a consequence of constructive activity, which is basically neurological in nature and we inherit this and therefore space, time, causality, all of the fundamental categories through which we attempt . . . we understand the world is man-made. That was Kant’s great contribution to epistemology and philosophy.

If you were lacking this apparatus, the world would indeed be a very pallid, unmotivated, unfeeling experience which would be meaningless. It would have no discernible meaning. It would be a matter of indifference. This is not to say he would be apathetic or in despair or depressed or alienated. These are all meaningful experiences. Unfortunate. Tragic. But not meaningless. If you had no affects, your experience would tend toward the meaningless. Just as if you had no pain receptors, your experience could never be concerned with the integrity of your body. And if you had no affect, you would never be concerned with the integrity of your personality or the world. You simply wouldn’t have the requisite mechanisms for attributing meaning to the world.