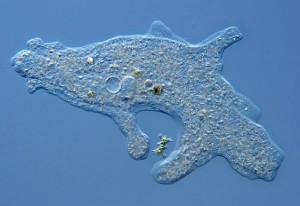 Man is neither as free as he feels nor a bound as he fears. He is driven by motives which vary from those with minimal freedom, such as the need for air, to those with maximal freedom, such as the wish for excitement . . . The classic problem of the freedom of the will has arisen not only from a confusion of the drives, a motivational system of little freedom, with the affects, a motivational system of great freedom, but also from the more general problem of the classical, overly simplistic view of causality.

The conventional concept of causality . . . assumed that the relationship between events was essentially two-valued, either determinate or capricious, that man’s will was therefore either slavishly determined or capriciously free. The solution to this problem lies in the acceptance of both the causality principle and what may be described as the degrees-of-freedom principle. Two systems may be equally determined, but one be more free than the others.

By complexity we mean, after Gibbs, the number of independently variable states of a system. Complexity is a measure which is more general than causality, since it applies equally well to formal and empirical systems. The end points of degrees of freedom, or complexity, are:

The classical view of causality considers only the two end points of this continuum. But we argue that there exists a continuum of degrees of freedom and that where a particular system operates along such a continuum is itself determinate. For a living system to duplicate itself, it must be active—how active depends on how complex a structure it is and how changing the environment which surrounds it.

The freedom of any feedback system is, consequently a conjoint function of its complexity and the complexity of its surround. The freedom of a feedback system, we argue, should be measured by the product of the complexity of its “aims” and the frequency of their attainment. A human being thus becomes freer as his wants grow and as his capacities to satisfy them grow. Restriction either of his wants or his abilities to achieve them represents a loss of freedom.

The human being is the most complex system in nature; his superiority over other animals is as much a consequence of his more complex affect system as it is of his more complex analytical system. Out of the marriage of reason with affect there issues clarity with passion. Reason without affect would be impotent, affect without reason would be blind. The combination of affect and reason guarantees man’s high degree of freedom.