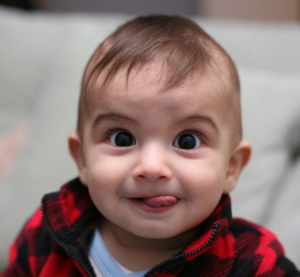 Silvan Tomkins played a critical role in the emergence of research on the face and facial expressions. His ability to read faces was legendary and astonishing. It inspired and enabled Paul Ekman to undertake his ground-breaking research that proved the universality of certain facial expressions. What was remarkable about Tomkins’ ability to read faces was that he could articulate, in great detail, what exactly it was about each face that revealed its secrets to him. And he placed these observations in a coherent framework of affect and emotion. In so doing, he made it possible for observed facial behavior to yield an enormous amount of information. Tomkins saw the face as his life’s work, and believed that studying the face would reveal humanity itself.

If, as I believe, the affects are the primary motives of man, and if, as I also believe, the face is the primary site of the affects, then the face is the man. Every man has always been interested in faces, fallen in love with a face, repelled by some faces, comforted by others, bored by some faces, but psychologists have nonetheless been the last to know. Prematurely, they discounted the amount and quality of information on the face, and so the decoding of these living hieroglyphics remains an unborn science. I have devoted the past 20 years to the observation and study of human faces and I am now convinced that we are on the threshold of immense new possibilities in understanding human beings. (The Phantasy Behind the Face. J of Personality Assessment, 1975, 39, 551-560.)

To Tomkins the face was much more than a reflection of the inner workings of a person; it actually was where the person was to be found. The experience of sensation on the skin is the experience itself, not an expression of something that is happening elsewhere. In his final public lecture, “Inverse Archaeology”, at Rutgers on July 15, 1990, he said,

Archaeology digs deep to bring fossils and artifacts of the past to the surface . . . I assume . . . that the surface of the skin is where it is at, not deep within us, that the skin is the major motivational organ, and that a smile is where it appears to be. It is not in a group of happy cortical neurons, nor in the folds of the stomach. But like the pain of torture, the pleasure of sexual seduction, or the irresistible sleepiness at the site of the eyelids, that region is the site of exquisitely sensitive receptors on the surface of the skin, whether we’re talking about drives or pain or affects or whatever. The centrality of this organ, this skin, somehow, which is right under our noses, we have failed to properly evaluate.

Tomkins knew that this viewpoint was radically different from what had come before him.

The conception of motivation being somewhere else is thousands of years old and still alive in Darwin. Look at the title, The Expression of Emotions in Man and Animals. Darwin thought there was something being expressed. What he saw wasn’t it. It was expressing something else. That is not inverse archaeology.

So Tomkins coined a term for the study of the face. He called it “Inverse Archaeology.”

Inverse archaeology not only locates motivation on those surfaces where it appears to be, rather than somewhere else, which it represents and expresses, but also says that facial affect is at once individual and private and social and shared non-verbal communication . . .

It is not only a shared communication, but is, as in any conversation, which facial affective interaction is, continually shaped and reshaped by dialogic interaction. Our faces are involved in conversing with each other, not simply expressing a private datum . . . Conversation has to be exquisitely sensitive to the impact of the self on the other. And it is in affect, as it is in language. Our affects, transformed as they are by our purposes, are continually responding to the affect of the other.

He emphasized that the study of faces should not get bogged down in a debate over what is innate versus learned, spontaneous versus voluntary. He said, “It is always both and has to be.” Voluntary enactments of facial expressions would have no meaning if the innate meanings of facial expressions weren’t already understood. To illustrate this Tomkins described the following scenarios:

If you respond to me right now with a too quick, too short smile, like so, we will both know that you are displeased at what I am saying. And how do we know that? Because we know what the innate response is. Both of us know that. So that we can indicate to each other by our deviations from the innate precisely what we mean. If you were to slowly raise your eyebrows, I would not think you were surprised, because I know what it is to be surprised. Your eyebrows would shoot right up. But when you raise them slowly, you say to me: “That’s a bit much, isn’t it?” . . . If one of you in the audience should, right at this point, show me a sustained smile, longer than the innate smile, I would know that what you were trying to tell me was that you were very pleased with what I was saying. You were very happy and you wanted me to be very happy. I would know that because you would not smile in that way innately; the program does not call for it. To smile, and then to hold it, to reassure the other that he has been weighed and found not wanting, that is very reassuring. That is learned . . . It may be that we use our faces to deceive, to lie, to be opportunistic, to hurt the other, to impress the other. There are endless things we can do with our faces because we have endless motives. But nonetheless, a critical part of what we do with our faces, even when we pretend, is based on what we know to be innate.

Tomkins also distinguished how the study of the face differs from archaeology, which seeks to elucidate the past. Inverse archaeology “embeds the present in an extended past and an anticipated future.” He goes on:

That is quite a difference. That is what our faces show. They show the scenes in our past, in much of our life, and in what we expect it to be in the future. All of that may be revealed at a moment in time. And we decode these reasonably well. We look at a face that is sad and if we see signs of that as an enduring response, we say, “How sad it is that he has been sad so much.” We see the creases.